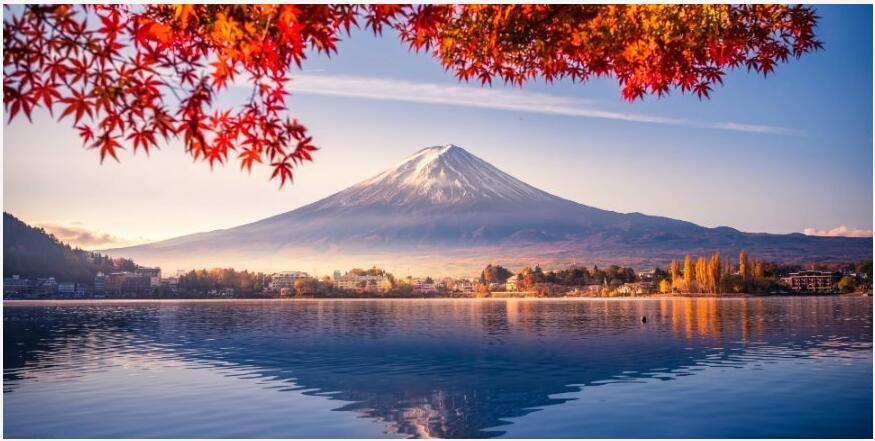 As a country located in eastern Asia defined by Countryaah, Japan is a unique travel destination. In Japan, you will find ancient traditions, wonderful nature, delicious food and enchanting cherry blossoms, among other things.

But when is the best time to travel to fascinating Japan? Read more and learn about the weather, climate and seasons in Japan.

NOTE: The guide is for guidance only. 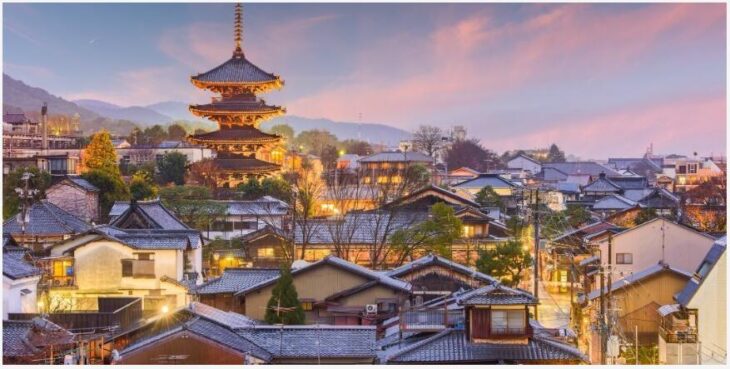 You can travel to Japan all year round.

Japan has four different seasons like ours, i.e. spring, summer, autumn and winter. The climate is temperate in most parts of the country.
The choice of when to travel is most influenced by what you want to experience on your trip in this country of more than 6,000 islands.

In different parts of Japan, the weather is affected by e.g. sea ​​and mountains. From May, and especially in late summer, there is also a risk of typhoons. However, the typhoon season ending in October is unlikely to have an impact on your trip.

The best time to travel to Japan is:

Every season in Japan offers something unique. 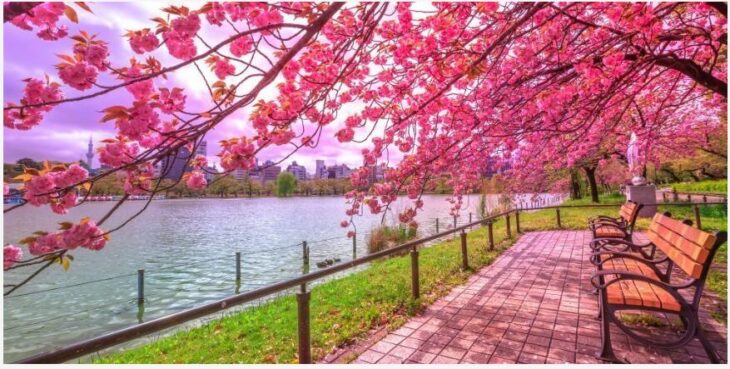 One of the most popular seasons among travelers to Japan is spring from March to May.

At this time, the cherry trees are blooming, and the pink cherry blossoms, or sakuras, are an enchanting sight. Cherries bloom at different times across the country. Flowering begins in the south in late March and ends in the colder north in May. The weather of each year also affects the exact time of cherry blossom.

In Japan, there is also a holiday week called “Golden Week” in the spring, which runs until the end of April and the beginning of May. Many smaller parties are celebrated during the Golden Week, and this is one of the busiest times of the year for tourism, as the Japanese themselves are also on holiday this week.

In the spring, temperatures usually range between 10 and 20 degrees. Admittedly, on the southern island of Okinawa, mercury can rise to as high as 24 degrees. So, in addition to T-shirt coils, you should be prepared for cooler weather at this time of year, when the warm jacket is in place.

Showers may occur, but spring is generally a great time to visit Japan in terms of weather. 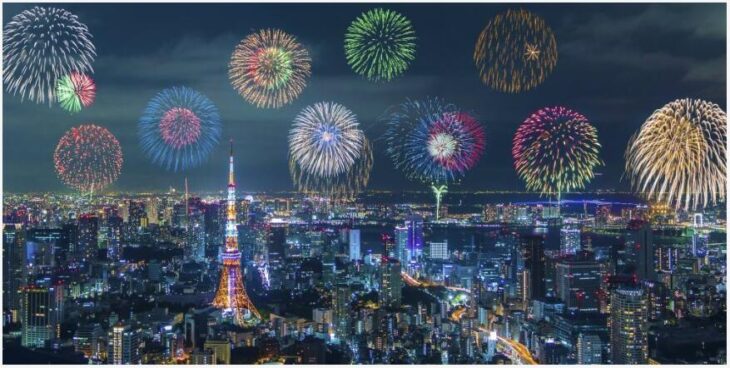 When summer comes in Japan, the festival season, which runs from June to August, also begins. Festivals are known as matsuri.

The summer months are characterized by warm weather, high humidity and rain. The rainy season (tsuyu) begins in June and varies in duration and intensity from year to year. July and August are the warmest and wettest months.

Temperatures range from 20-25 to 32 during the day, but mercury can rise as high as 35 degrees.

The typhoon season, which runs from May to September, can affect the weather during the summer months, most likely in August (and September). 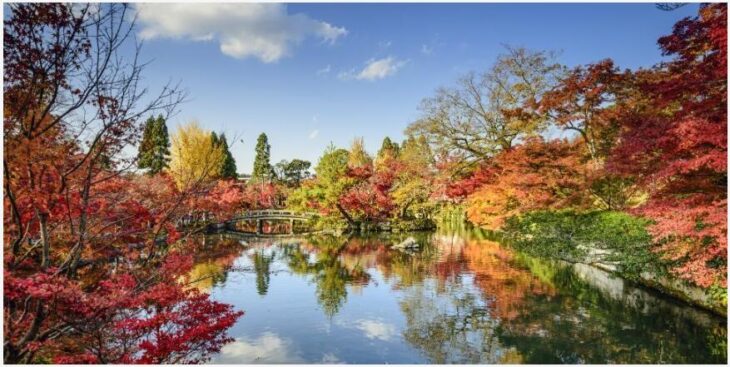 The fall of Japan from September to November is a great time to visit this fascinating country.

The colors of autumn dress in shades of natural red, gold and brown, and the enchanting brown tones of the trees make the scenery uniquely beautiful. This time is called koyo, and its beauty in Japanese fall colors compares even to spring cherry blossoms.

Autumn is also one of the most pleasant seasons to visit Japan in terms of weather. Daytime temperatures usually remain between 15 and 25 degrees, and the weather is normally clear.

The typhoon season, which began in May, ends during October. The risk of typhoons is highest in August-September. 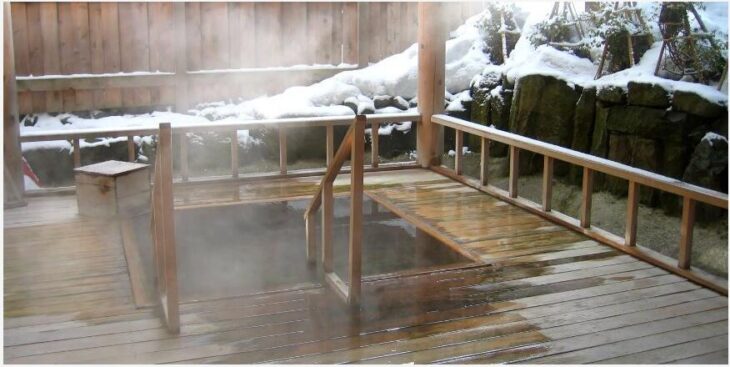 The winter months from December to February are the coldest of the year, but winter also offers many good reasons to travel to Japan at this very time of year.

In Japanese onsens – hot springs – it is possible to bathe all year round, but they are at their best during the coldest months. What could be more atmospheric than sitting in a wonderfully warm onsen and watching the scenery adorned with beautiful white snow? For example, you can visit Onsen while staying at a ryokan, a traditional Japanese inn.

Japan also has its own Christmas traditions, such as the Christmas market and slightly different Christmas dishes, the experience of which brings an interesting variation to the Christmas celebration.

There are clearly fewer other tourists during the winter months, so winter is a good choice for traveling if you want to avoid congestion.

The winter months are the coldest months of the year. The daytime temperature is usually around 10 degrees, although on the southern island of Okinawa it is as high as 20 degrees. During the night, the temperature may drop to near zero.

The weather conditions in winter depend a lot on where in the country you are staying. In mountainous areas, for example, there may be a lot of snow, which is of course good news for ski enthusiasts.

What is the weather like in different cities in Japan? 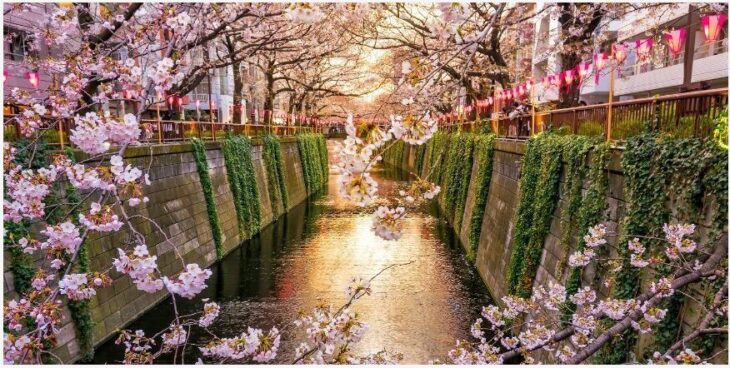 Japan is a long country that stretches from north to far south. Therefore, the weather is also different in different cities in Japan.

Read more about the weather in Japanese cities below.

The city of Kanazawa is often shrouded in white snow in winter, which is a uniquely beautiful sight. After winter, the rains arrive, which are at their strongest in the summer months.

The capital Tokyo is an excellent destination all year round – although an umbrella or raincoat is always worth booking. June, September and October are the wettest months, with rainfall of around 180 mm. During the driest months, rainfall is around 50 mm.

The temperature is about 6 degrees from December to March. Humidity is highest during the summer months, when temperatures range between 20 and 27 degrees, but outside, the effect of humid air can make it feel much warmer. Autumn and spring are the best times to visit the capital.

Kyoto is an excellent destination all year round, but the city is at its most beautiful in spring and autumn. The temperatures are pleasant and the sky is blue.

Summer is a warm and humid time, with most rains in June-July as well as September. Temperatures range from 20 to 30 degrees from April to October, and daytime temperatures do not drop below 10 degrees, even in the coldest weather. In the winter months, however, you can even go to the frosty side at night.

The weather in Hiroshima is pretty much similar to Kyoto. During the summer months, Hiroshima receives slightly more rain than Kyoto, and summer is otherwise the warmest and wettest time of the year.

Spring and autumn are the most pleasant seasons, and October-November are the least rainy months.

If you are planning a trip to Japan?

Are you fascinated by Japan and the unique experiences it offers?

In the land of the rising sun, colorful festivals, great fireworks, stunning nature and fascinating traditions await you.

Japan is an excellent destination all year round. 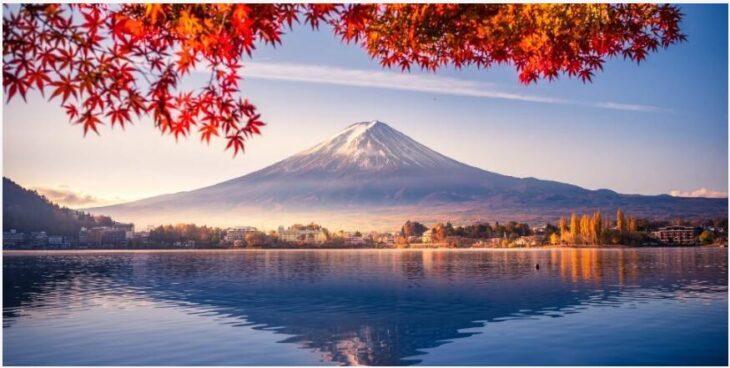