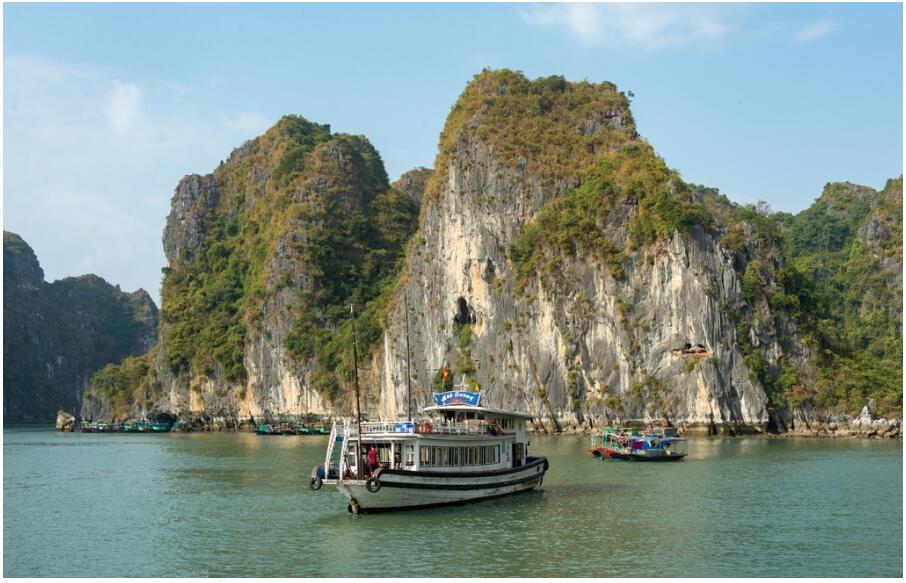 Vietnam, the Southeast Asian country with its long coastline, fascinates visitors not only with its varied landscapes and exotic cuisine. Here you can also discover cultural sights that testify to the eventful, often dramatic history of the country. Monumental palaces reflect the heyday of the Vietnamese kingdom, while museums and memorials tell of the upheavals of the 20th century. Ornate temples nestle harmoniously into the landscape and show the spiritual heritage of the country.

In the following we present you the most exciting tours, most beautiful attractions and best sights in Vietnam. 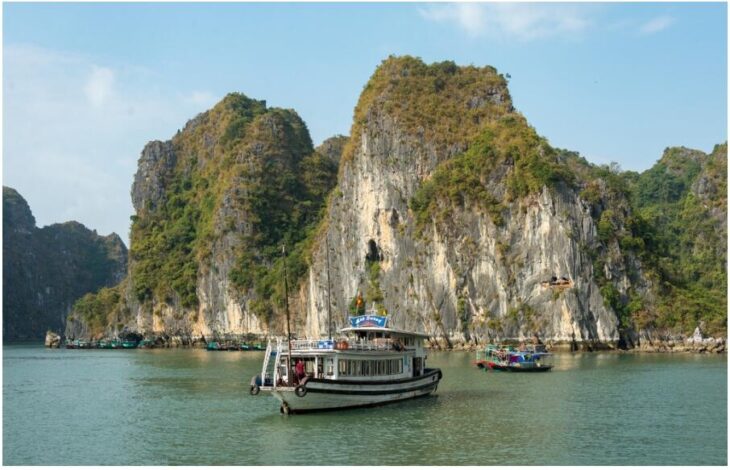 No trip to Vietnam would be complete without a visit to the capital Hanoi. The city of over a million has symbolic sights, including Ba Dinh Square. This is where Ho Chi Minh declared Vietnam’s independence in 1945. The spacious square in the heart of the government district houses what is probably the most important sanctuary in the communist country: the Ho Chi Minh mausoleum. In this monumental granite pillar, visitors can see the embalmed remains of the revolutionary leader.

The traditional stilt house where “Uncle Ho” lived from 1958 to 1969 is only a few minutes away. A much older landmark is the one-pillar pagoda, a wooden temple that was erected on just one tree trunk in the 11th century. Due to the unusual construction, the pagoda is unique in Vietnam.

Hardly any other province in the country combines scenic beauty with artistic temples in such an impressive way as Ninh Binh in northern Vietnam. In addition to small sanctuaries that were built in limestone caves or on high rocks, visitors will find the largest temple complex in the country here. Millions of tourists and pilgrims visit this superlative sanctuary every year. There is an old temple here, which guests can reach via steep stairs. However, most of Bai Dinh’s buildings were not completed until 2010.

The temples stretch from a hill in the inland to the river bank, impressing with their sheer size and the golden statues of Buddha inside. In addition, visitors will find huge statues of Buddha and the highest stupa in the country. If you want to visit this attraction in its entirety, you should plan at least two hours for the visit.

Ninh Binh Province is known for its scenic beauty. It’s no wonder that films like “Indochine” and the latest “King Kong” flick were filmed here. Nowhere else do visitors immerse themselves in the peaceful idyll of this landscape as on a river trip in Trang An.

A traditional rowing boat takes you on the Ngo Dong River, which meanders lazily in the shadow of the wooded limestone cliffs. When the hour is quiet, the only residents are goats that live on the steep slopes. The drive leads through dark caves and to ornate temples that were built right on the river bank. Here guests can strengthen themselves for the onward journey.

Only 20 years ago, Phong Nha on the border with Laos was an insignificant region with no electricity or motorway access. That changed when geologists discovered superlative caves in the lushly forested hills. One of the most beautiful sights that are accessible to visitors is Paradise Cave, which can be reached via steep stairs.

Even the drive through the mountainous borderland with its wooded gorges is an experience. Once in the cave, guests are presented with a magnificent sight. The harmonious lighting brings out the dizzying dimensions of the cave and the stalactite formations impress with their sheer size, unusual color and bizarre shapes.

A highlight in central Vietnam is Hoi An, which is only an hour away from the big city of Da Nang. The coastal town was once an important hub for Southeast Asian sea trade. The city lost its importance in the 18th century, but the historical building fabric was spared from renovations and wars.

Today the old town of Hoi Ans is part of the UNESCO World Heritage Site and bears witness to the former splendor of the merchant class. In the narrow streets decorated with lanterns, traditional houses, ceremonial buildings and temples are lined up. Visitors marvel at the golden decorations in the Hainan Assembly Hall and stroll across the filigree Japanese Bridge before immersing themselves in the original Hoi An culture with a tea tasting and dance performance. 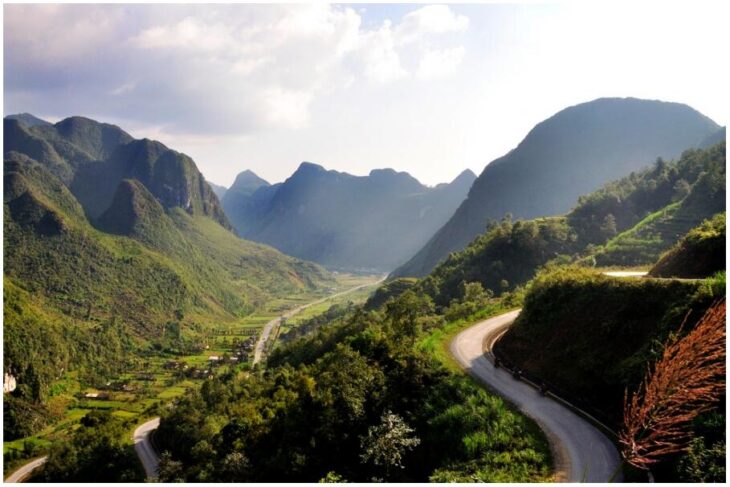 Hardly any other event shaped the modern history of the country like the Vietnam War from 1955 to 1975. And no place bears witness to the cruelty of this conflict as impressively as the War Remnants Museum in the heart of Saigon. In the outdoor area, guests marvel at the remains of American military machinery such as helicopters and tanks, and in a special exhibition they learn everything important about the fate of the prisoners of war in the Saigon camps.

Inside, thousands of exhibits and photographs tell of the struggle of the Vietnamese people, but the role of the American anti-war movement is also highlighted. Exhibitions such as the one on the use of Agent Orange are moving evidence of the consequences of this war that are still visible today.

Numerous museums keep the history of the Vietnam War in memory. However, if you want to experience firsthand what the life of the foot soldiers was like in this conflict, you cannot avoid a visit to the Cu Chi tunnels north of Saigon. In the widely ramified vaults, the Viet Cong fought a deadly game of cat and mouse with the US soldiers. Visitors feel the claustrophobic narrowness when they squeeze through the tunnels and, like the Viet Cong fighters once, dive into camouflaged holes in the ground.

Replicas of spiked traps testify to the brutality of this war, but also to the ingenuity of the technologically inferior North Vietnamese. If you want, you can try out the arsenal of that time at the shooting range for yourself. Peace-loving contemporaries, on the other hand, watch the production of rice paper and try boiled manjoc, the main food of tunnel fighters.

Hardly any other landmark of Vietnam stands for two things in such an impressive way: the splendor of the Nguyen dynasty during the heyday of Vietnam on the one hand and the senseless destruction during the Vietnam War on the other. The Citadel of Hue was almost completely destroyed during the Tet Offensive of 1968. To this day, the Vietnamese government is busy rebuilding this important national symbol.

Even the thick walls give an idea of ​​the dimensions of the citadel with its Forbidden City, which is modeled on the Chinese imperial court. Visitors walk through the Noon Gate to the Thai Hoa Palace, the interior of which impresses with its contrast between red wood and gold and the Chinese insignia. And the numerous other buildings in the citadel are also worth seeing.

In the middle of the modern metropolis of Da Nang is a place that impressively combines scenic beauty with deep religiousness. The marble mountains are five elevations that symbolize the elements metal, water, fire, earth and wood.

The main mountain Thuy Son houses temples with idyllic gardens as well as shrines from which visitors can see the entire area around Da Nang. The highlight, however, is the main cave in the flank of the mountain. Especially early in the morning, visitors feel the peaceful atmosphere in the interior, which is filled with candlelight, incense sticks and soft music, while a large stone Buddha watches over the pilgrims.

A unique landscape can be found in Mui Ne in the south of Vietnam. Sand dunes of white and red in color stretch out 30 minutes from the city. At the sight of these dunes, which suddenly appear like a mirage, visitors almost forget that they are in tropical Vietnam.

Guests can explore the desert landscape by scooter or race across the dunes on a quad bike. Many tours are also offered – either early in the morning or in the afternoon. In this way, guests can see a spectacular sunrise or sunset. We also recommend a detour to the nearby Fisherman Village with its colorful fishing boats. Hungry visitors can enjoy the day’s catch in one of the restaurants. 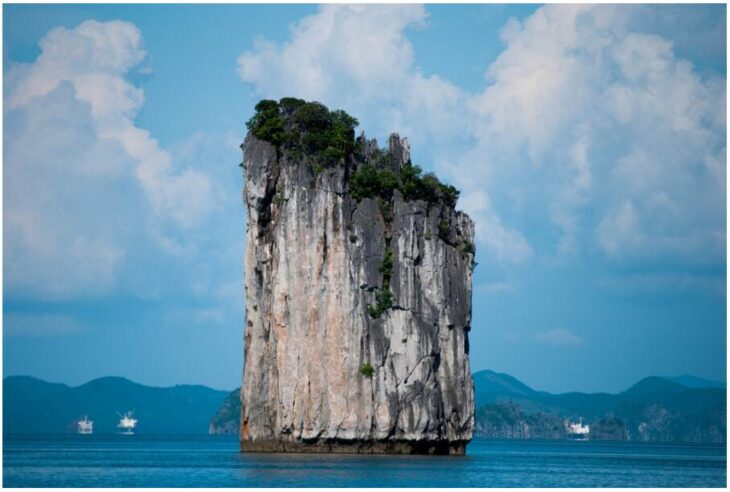