Piombino ) – the port city is located on the shores of the strait of the same name, on a cape where the waters of the Tyrrhenian and Ligurian seas meet, opposite the island of Elba. This is an old picturesque city with a rich history and numerous attractions: the majestic Watchtower Torrione, the Town Hall built in 1444, the Palace of the Princes Appiani, the Castle of Piombino, where the museum is now located, the Cathedral of St. archaeological museum, Piazza Bovio, which offers stunning views of the sea and the coast, and on clear days you can see the island of Corsica, as well as the Museum of the Sea, the city aquarium and many other interesting places. At the same time, Piombino offers excellent opportunities for recreation – many of the resort’s beaches are marked with Blue Flags, the city has many amazing old parks,

Marina de Cecina is a small charming town of the Etruscan Riviera, located on the shores of a clear sea, at the mouth of the river of the same name. Cecina is famous for its amazing nature – 15 km of magnificent beaches are bordered by Mediterranean vegetation and dense coniferous forests that protect the resort from the winds. This is a protected area, known since the Middle Ages. Among the sights of the city -. the church of San Giuseppe e Leopoldo, built in 1852 by Lepopold II, the Archaeological Museum, which houses ancient Etruscan and Romanesque artifacts. as well as the National Museum, presenting the exposition “Northern Maremma”. However, Cecina is best known as an excellent resort with a fun and carefree atmosphere, plenty of entertainment and beautiful beaches.

Castiglione della Pescaia ( Castiglione della Pescaia) – an ancient city in the southwestern part of Tuscany is located on picturesque green hills descending to the azure Mediterranean waters, in a romantic corner of the ancient Maremma, at the mouth of the Bruna River, which forms a wonderful lagoon with the harbor. The history of Castiglione del Pescaia dates back to the 9th century BC, when the first houses appeared on the shores of the ancient Lake Prile (Prile or Prilis Lacus), and the Etruscans built the city of Vetulonia, which today is a historical monument – with a necropolis and an archaeological museum. In the Middle Ages, a majestic fortress of the 15th century, Castiglione Castello, was erected on the hill, which still towers over the city, and from its observation deck offers a breathtaking view of the sea, the islands of Elba and Giglio. Castiglione del Pescaia consists of the Upper Town and the Lower Town,

Lido di Camaiore is a picturesque seaside resort located between Viareggio and Marina di Pietrasanta, on the very shore of the sea, surrounded by pine forests. The resort has a magnificent sandy beach with a length of more than 4 km. The amazing natural landscapes of Camaiore are combined with the historical and architectural sights of the region – feudal castles of the 10th-14th centuries, ancient fortresses are located here. The infrastructure of the resort provides a comfortable stay: water sports, sports grounds, a bicycle path along the embankment, tennis courts, as well as children’s playgrounds operating in the summer Luna Park.

Punta Ala ( Punta Ala) is a small resort town located in a marvelous corner of the Tuscan coast, between Follonica and Castiglione della Pescaia. Punta Ala in translation means the aviation term “wing assembly”. This name was given to the land due to its unusual shape, reminiscent of the shape of an airplane wing stretched out in the waters of the Tyrrhenian Sea towards the island of Elba. The lands were donated in 1560 to Eleonora Toledo, who subsequently decided to strengthen the possessions, and build first the Torre Nuova tower and later the Torre Hildago tower, which still towers over the city. Another historical attraction is the medieval castle built in the 16th century by the Medici dynasty. Since the 1900s, Punta Ala has become a well-known Italian seaside resort, and since 1973 a new port has been built here. Unusually clear sea, snow-white beaches, lush, the greenery saturated with Mediterranean aromas and the calm atmosphere have made Punta Ala one of the most exclusive and sophisticated resorts. At the same time, excellent modern conditions for recreation have been created here: comfortable hotels, a golf club, horseback riding routes, as well as a yacht harbor, because Punta Ala is famous for its regattas.

Pietrasanta ) is an ancient town of amazing beauty, located at the foot of the Apuan Alps and known in Italy as “little Athens”. Transparent azure sea, beautiful beaches, fragrant pine forests and lush Mediterranean greenery – a picturesque backdrop for the amazing architecture of Pietrasanta, whose name translates as “holy stone”, namely marble, the production of which the city has been famous for since the 16th century. The sculptural workshops of the city are inspired by the era of Michelangelo, sculptors from all over the world come here, the movie star Gina Lollobrigida has set up a workshop here, and in one of the halls of the monastery of San Agostino there is the Bozzetti Museum, representing more than 200 works of sculptors from different countries. The historic center of Pietrasanta delights with ancient architecture, elegant exhibition galleries, fashion boutiques and excellent wine cellars. On the central square of Piazza Duomo rises the magnificent cathedral of the 17th century – San Martino, the decoration of which is decorated with unique sculptures of the 16th century. The coastline – directly the resort of Marina di Pietrasanta (Marina di Pietrasanta) is located a few kilometers from the city center. 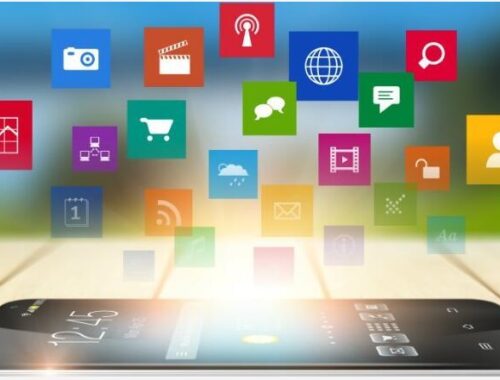