Höfn and the Southeast

Höfn is a fishing village on the south-east coast, from which trips to Lake Jökullón can be made. The lake lies at the foot of Vatnajökull, the largest glacier in Europe.

Akureyri and the North

After Reykjavík, Akureyri is the country’s most important city and commercial center of this predominantly agricultural region. The Museum of Folklore and Natural History is worth seeing. You can take a bus to the extremely interesting bird sanctuary at Lake Myvatn, which is surrounded by volcanoes, craters and strange lava formations . During the white night season, when the sun does not set on the Arctic Circle, Nordair offers “midnight sun flights” to Grimsey, an island off Iceland’s north coast in the Arctic Circle. From Akureyri (Internet: www.eyjafjordur.is ) you can make excursions to the surrounding area, to the Dimmuborgir lava area on Lake Myvatn and to theDettifoss – and Godafoss – waterfalls with their 60°C hot caves. The water temperatures of some lakes have risen so much that bathing has become impossible. However, many still have comfortable temperatures.

Some Icelandic tour companies run adventure trips into the mountainous interior. The coaches were specially made for these breakneck mountain tours. Tents are provided by the organizer. Sleeping bags can be bought or rented. Don’t forget warm clothing, hiking shoes, rubber boots and bathing suits. The journey leads over lava sheets and glaciers, huge icebergs, past glacial lakes with icebergs, mountain ranges, deep gorges and extinct volcanoes and ends in Skaftafell National Park.

Reykjavik and the South

Reykjavík (website: www.tourist.reykjavik.is ) is the northernmost capital city in the world. The city is situated in a large bay surrounded by mountains. Hot geothermal springs are used as natural central heating. Traditional wooden houses stand alongside ultra-modern buildings and there are numerous nightclubs, art galleries, museums and bookshops selling books in English, German and Icelandic. The Reykjavik Card gives free entry to most museums, the zoo and the thermal pools and is available from the Tourist Information Centre. From Reykjavik you can go to the Vestmannaeyjar (Vestmanna Islands) which lie off the south coast. A volcanic eruption destroyed part of the island of Heimaey, which can also be reached by plane from Reykjavík. Reykjavík Excursions organize day trips to the south-west, city tours and trips and tours to other regions.

Bus companies offer excursions from Reykjavík to the small fishing villages and towns lining the fjords of the northwest coast, including Króksfjardarnes, Hólmavik, Örlygshöfn and Isafjördur. On the route there is a museum of agriculture and fisheries and the Dynjandi waterfall. Overnight stays are in schools and community centers. You will need your own sleeping bag. More information from Westfjords Tourist Information (Internet: www.vestfirdir.is. Email: [email protected] ).

In the larger towns there are nightclubs and cinemas. The National Theater and Reykjavík Theater close in the summer, but during the holiday season there is a light entertainment program in English, The White Nights (a mix of Old Norse tales, sagas and folk songs, internet www.lightnights.com). The Icelandic Symphony Orchestra (www.sinfonia.is) gives a concert every two weeks during the winter season (September to June) in the University’s Auditorium Maximum. Iceland’s vibrant music scene has produced internationally successful singers such as Björk and Sigur Rós. Iceland’s National Concert and Conference Center in Reykjavík, Harpa, opened in May 2011 (Internet: http://en.harpa. is/). The impressive building, designed by renowned Scandinavian architects and internationally acclaimed artist Ólafur Elíasson, is located in the port area. The center features a modern concert hall and is the new home of the Icelandic Symphony Orchestra. 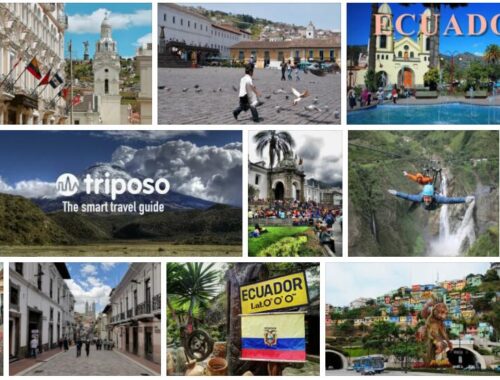