According to Allcitycodes, the official name is the Socialist Republic of Vietnam (SRV). Located in the eastern part of the Indochinese Peninsula. The area is 331,690 km2, the population is 80 million people. The official language is Vietnamese. The capital is Hanoi (3.3 million people, 2001). Public holiday – Independence Day September 2 (since 1945).

The western and inland regions of Vietnam are occupied by the mountains and plateaus of the Yunnan Highlands. The Truong Son Range stretches from north to south for 1,400 km. A narrow lowland runs along the coast. In the north and in the south there are two plains formed by the deltas of the Red and Mekong rivers, the area of which is respectively 15 thousand and 40 thousand km2.

The climate is subtropical and subequatorial, formed under the influence of dry northeast monsoons from the mountainous regions and moist southwest winds from the sea. Summer, when the flow of air from the ocean dominates, is the rainy season. Winter, when air currents rush from land to sea, is the dry season. The average temperature of the warmest month (in the north – June, July, in the south – April) is approx. 29°C; the coldest – from 15°C in the north (January) to 25°C in the south (December). The average annual precipitation in the northern regions is up to 2830 mm, in the southern regions – up to 1600 mm.

Vietnam is a multinational country with 54 nationalities and nationalities living in it. Actually Vietnamese (Viets, or Kinh) make up 87% of the population. They live mainly in the deltas of the rivers – Red and Mekong, in the coastal regions of Central Vietnam. The number of Chinese in Vietnam is 4%. Of the nationalities, the most numerous are Tey, Thai, Muong, Hoa, Khmer, Nung – St. 1 million people each. The smallest nationalities – Brau, Roma, Oda number several hundred people.

The national language is Vietnamese, which is spoken by St. 90% of the population. Ethnic minorities, while maintaining their own language, use the Vietnamese language in interethnic communication.

Officially, 6 religions are recognized in Vietnam: Buddhism, Catholicism, Protestantism, Islam, Caodaism and Hoahao. According to official figures, in the country approx. 7.5 million Buddhists, while 85% of the population consider themselves followers of this religion, approx. 5 million Catholics, 500 thousand Protestants, 150-170 thousand Muslims. 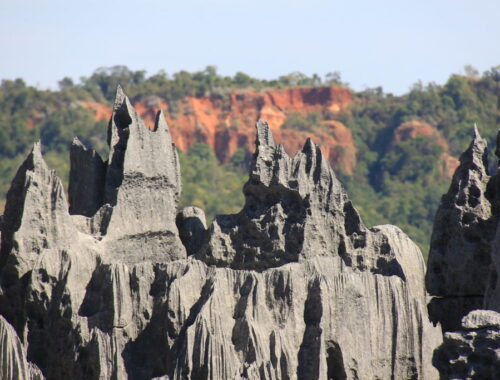