The main land wealth of Russia is a wide strip of chernozem soils, stretching from the headwaters of the Don (Kursk and Oryol regions) to the headwaters of the Yenisei (Republic of Khakassia). The main agricultural production is concentrated here and the majority of the country’s population lives. Previously, steppe and forest-steppe vegetation grew on chernozems, but now chernozems are almost completely plowed up or used by other land users (cities, reservoirs, industry, transport). To the north of the chernozems are huge tracts of gray and brown forest soils of broad-leaved forests, soddy-podzolic soils of mixed forests, and taiga podzolic soils. Arctic and tundra gley soils are widespread in the Far North. In the direction to the north, soil fertility deteriorates sharply, therefore, crop production becomes economically unprofitable and is replaced by animal husbandry (dairy cattle breeding and reindeer husbandry). To the south of the chernozem belt (in the lower reaches of the Volga and in the south of the Urals), the soils are also less fertile (chestnut soils of dry steppes and brown soils of semi-deserts). For their use, irrigation and watering of pastures is necessary. In the mountainous regions of Eastern Siberia and the Far East, special types of infertile soils are common – permafrost-taiga, mountain-tundra and mountain-taiga, mountain-forest.

The natural and climatic conditions of Russia are favorable for forest vegetation, which occupies 60% of the country’s territory. The forests of Russia make up 9% of the world’s forests (or 65% of non-tropical forests) and consist of broad-leaved (the main species are birch, oak, linden), coniferous (spruce, fir, cedar, larch, pine) and mixed forests. The forest zone is inhabited by elk, wild boar, brown bear, lynx, fur-bearing animals (sable, squirrel, white hare), in Eastern Siberia, in addition to those listed, – maral, musk deer, Siberian weasel, and in the south of the Far East – Ussuri tiger, black bear, raccoon dog. Of the birds for the forests, the most typical wood grouse, black grouse, hazel grouse, woodpecker. In the forest-steppe and steppe zones, small rodents predominate: vole, ground squirrel, jerboa, hamster, marmot, and among birds – bustard, eagle, little bustard, etc. There are wolves, foxes, badgers, and hare. The arctic desert and tundra zones are characterized by arctic fox, lemmings, reindeer, snowy owl, and ptarmigan. Waterfowl (geese, ducks) are ubiquitous. The seas of Russia and inland waters are rich in fish and marine mammals. Of particular importance is the fishery of sturgeons in the southern seas and salmon in the Far East. Fishing and hunting of wild animals are of great importance in the life of the indigenous peoples of the North and Siberia.

According to ALLCITYCODES, the climate of Russia is quite homogeneous. Most of the country’s territory is located in the temperate humid zone, which is characterized by average temperatures and high humidity. In the North of Russia, the influence of cold Arctic air prevails. Here, the Arctic zone is distinguished (with average temperatures in July + 8 ° C and in January -32 ° C) and the subarctic zone (average temperature in July + 12 ° C, January -40 ° C). In the subarctic zone of Yakutia, there are the Verkhoyansk and Oymyakonsk poles of cold with maximum negative temperatures of -68 ° C and -71 ° C. Unlike the Asian North of Russia, the European North of Russia is influenced not only by the Arctic air, but also by the warm Atlantic Gulf Stream. Therefore, in Murmansk, north of Verkhoyansk and Oymyakon, average January temperatures are only -8°C. The climate of the European part of Russia is formed under the predominant influence of the western Atlantic air. Average January temperatures (-8°C) are the same from Murmansk to Astrakhan. Only in the Krasnodar Territory do they rise to 0°. Average July temperatures rise from +8°C in Murmansk to +16°C in St. Petersburg and +24°C in the Volgograd region. From west to east, the continental climate of Russia is growing (intra-day and inter-seasonal temperature fluctuations increase). If in the European part of Russia the climate is considered moderately continental (the sum of maximum positive and negative temperatures is about 60° – from -26° to +33°C in St. Petersburg), then in Western Siberia it is considered continental (the sum of maximum temperatures is 90° — from –49° to +41°C in Krasnoyarsk), and in Eastern Siberia – sharply continental (this sum exceeds 100° – from -64° to +38°C in Yakutsk). Kamchatka, the coast of the Sea of Okhotsk and the south of the Far East are under the influence of the air masses of the Pacific Ocean. The climate is maritime and monsoonal. Temperature fluctuations are reduced to 65-70°C (from -34°C to +31°C in Petropavlovsk 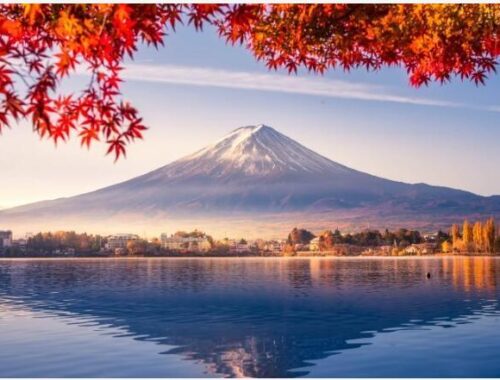