In the Asian continent, the following formations stand out:

Asia has a great diversity of climate and vegetation: from dry desert landscapes to lush tropical rainforest, and geographic features that present many types of climates.

The main types of warm climate in Asia are: equatorial, humid tropical, dry tropical, and desert. The first two, characterized by their abundant rainfall, extend throughout Southeast Asia, both on the mainland by the Hindustan and Indochinapeninsula, and on the insular by the Indonesian and Philippine archipelagos.

For their part, the desert and dry tropical climates, in which rainfall is low, occur in the Middle East, the Arabian peninsula, Iran and Central Asia.

The temperate climate of Asia is continental. The continental climate has very cold and dry winters, and temperate summers with higher rainfall. It occurs in the Siberian region.

The Mediterranean climate, with irregular rainfall and with mild temperatures in winter and warm in summer, extends along the coasts of the Anatolian peninsula, Syria and Palestine.

The cold climate of Asia is that of the high mountains, typical of the high interior plateaus, and the polar one, which occurs in the extreme north of the continent.

Its coasts are very irregular, presenting a large number of geographical accidents. This allowed many of its residents to have dedicated themselves to commerce and navigation.

The eastern coasts of Asia are bathed by the Pacific Ocean, which corresponds to half the surface of the World Ocean. The western coasts of the Pacific are distinguished by their great dissection and abundance in islands. The islands and peninsulas are grouped in elongated garlands in the direction of the meridians and divide the ocean into a system of peripheral seas linked together: the Kamchatka Peninsula and the Kuril Islands enclose the Sea of Okhotsk; the islands of Japan and the Korean Peninsula surround the Sea of Japan. Between the mainland, Korea, and the Ryu Kyu Islands lie the Yellow and East China Seas on the continental shelf; the Indochina peninsula, the Philippine archipelago, and the Sunda Islands border the South China Sea.

The southern coasts are washed by the Indian Ocean. Almost all the seas and great gulfs of the Indian Ocean are in the north, on the coasts of Asia. They are mostly deep depressions or fracture zones with great depths. The strip of continental shelf in the Indian Ocean does not exceed 100 km. The continental slope is a steep terrace, dismembered in some places by the underwater valleys of the great rivers. The largest area is reached by the Arabian peripheral sea. It joins the Persian Gulf through the Gulf of Oman to the northwest and southwest, with the Red Sea through the Gulf of Aden. To the northeast is the Bay of Bengal, which is actually a peripheral sea. The Andaman Islands separate this gulf from the Andaman Sea. There is a predominance of large peninsulas such as: Arabia, Hindustani, and Indochina. Towards the Asian Mediterranean the Anatolian peninsula (Asia Minor) extends. The islands include Ceylon (Sri Lanka) and smaller island groups such as the Maldives and the Andaman and Nicobar Islands.

There are huge and abundant coal deposits in northern China and northeastern India and Siberia ; in other parts of the continent there are minor deposits. Deposits of oil and natural gas are well distributed, but the highest concentrations are found inside the Persian Gulf, in parts of Indonesia, northern and inland China, on the shores of the Caspian Sea and on the plains of Western Siberia. Across the continent, metallic ores of various types are distributed regularly. See Asian countries. China and Siberia have significant reserves. Malaysia, Thailand and Indonesia are extremely rich in tin, India is extremely rich in iron ore and manganese; other important mineral resources are gold, silver, uranium, copper, lead and zinc ; precious stones, such as diamond, are found in Siberia; Diamonds, sapphires and rubies exist in South and Southeast Asia. The soils are one of the important riches of Asia, especially the dark steppe soils, the most fertile in Asia, are found north of central China and south of Western Siberia. In eastern and southern Asia, the most valuable soils for agriculture are alluvial, located in the lower valleys of the great rivers, especially the Indus and the Ganges. These soils make up most of the intensively used agricultural land in Asia. 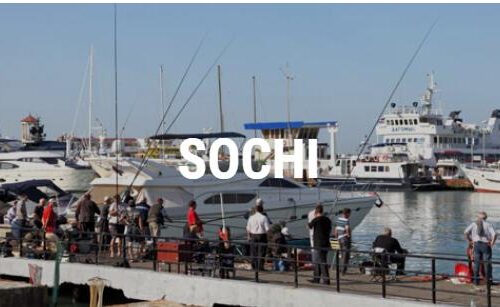